A protonym for an exhibition 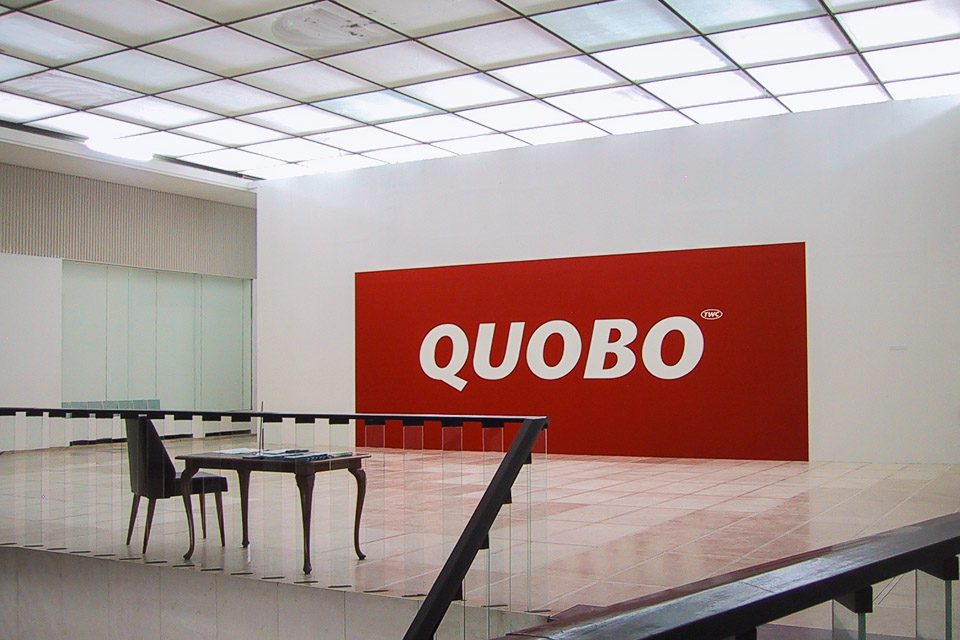 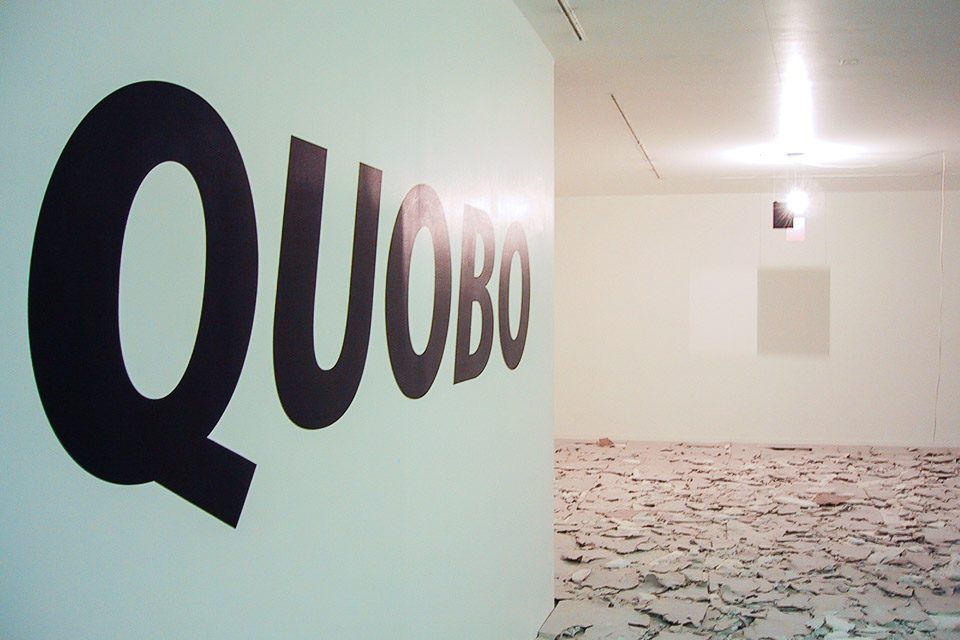 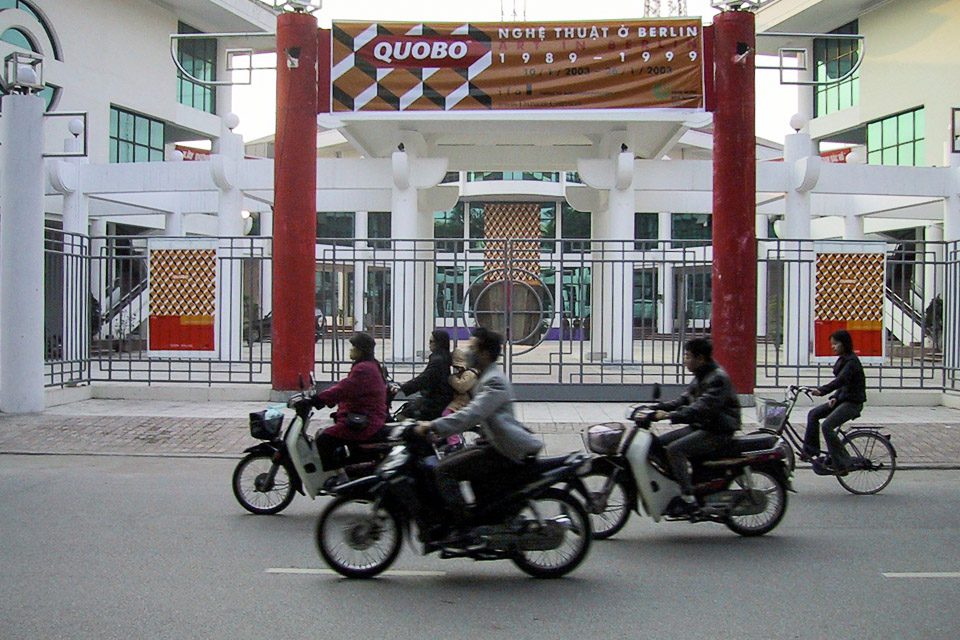 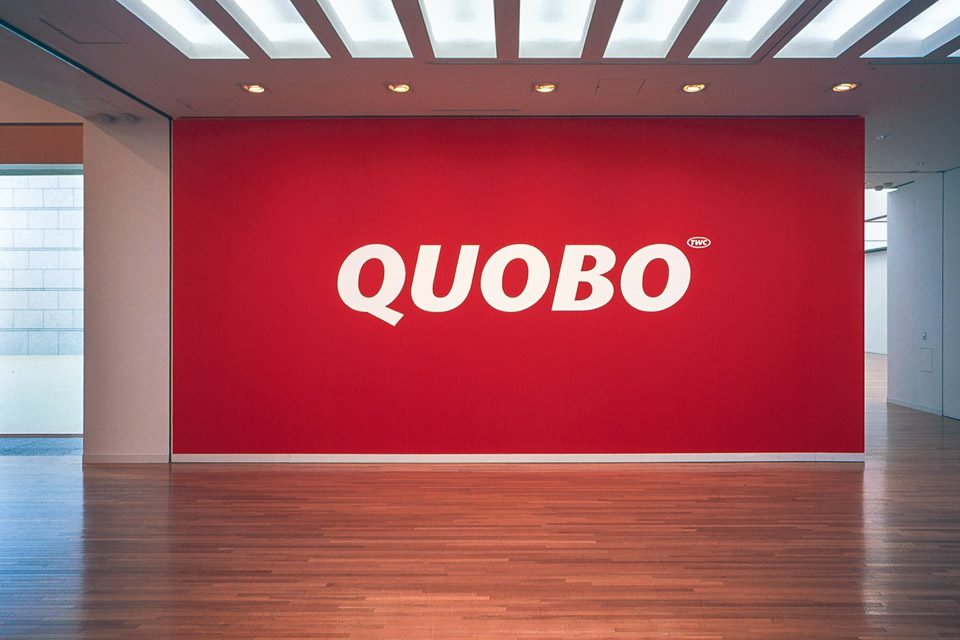 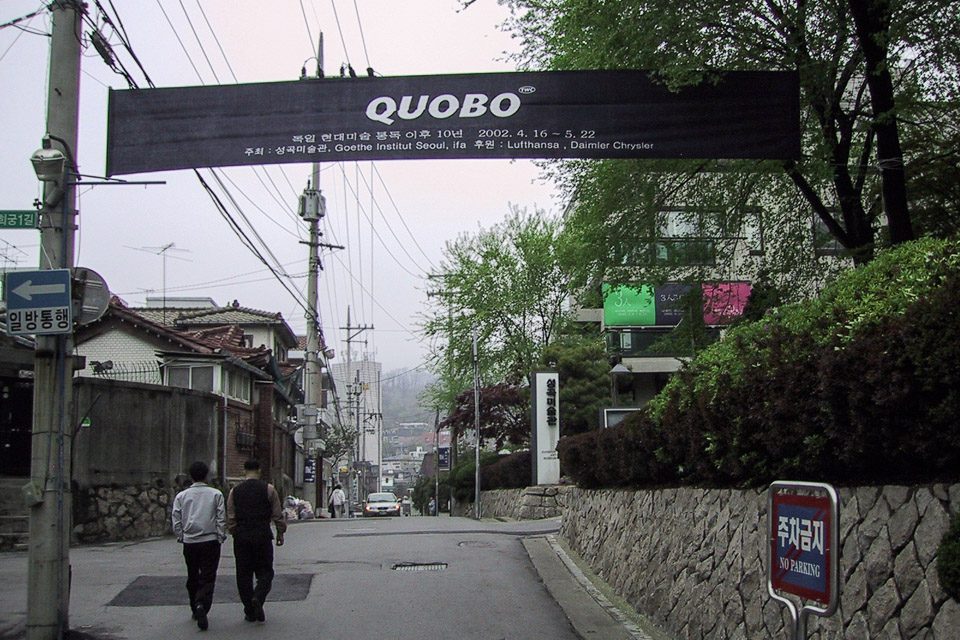 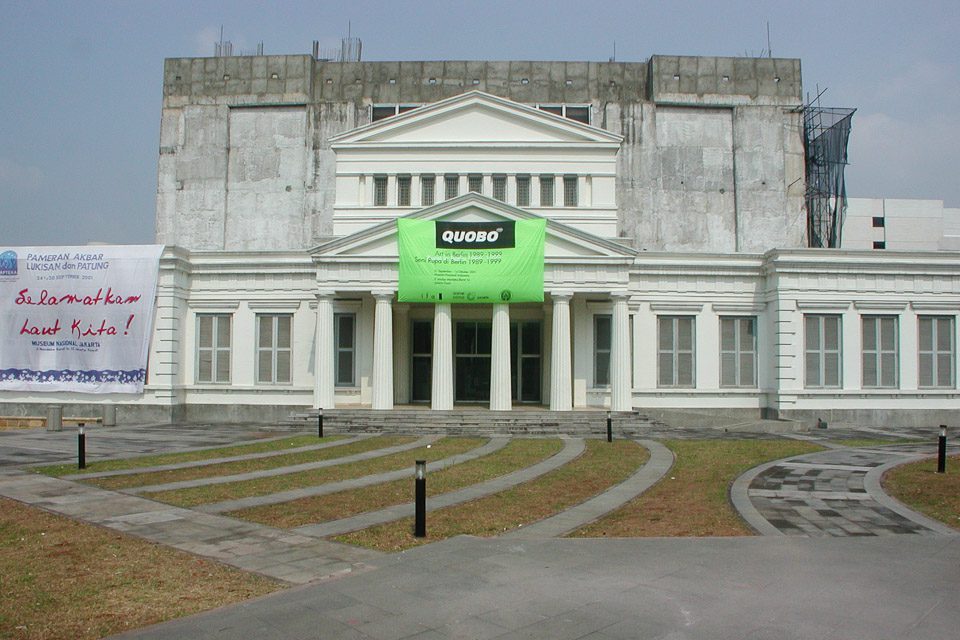 An Exhibition by the Institute for Foreign Cultural Relations (ifa)

"The protonym QUOBO which Adib Fricke created for the exhibition thus serves as the show title and internet address, and it appears in the design specified by the artists on the tickets as well as on posters and invitations."

“With the fall of the Berlin Wall in November 1989 a process of political, social, economic, and cultural change began — a state of permanent restructuring which is still going on today in Berlin. On 9 November the island status and the East-West division of the city, both defined by the Wall, suddenly came to an end overnight, and in the eastern as well as the western part of the city the firmly established structures were set in motion. The subsequent phase of restructuring was brought to a preliminary conclusion in the autumn of 1999: with the federal government’s move from Bonn to Berlin, the city regained its functions as capital and the structures which had developed in the 90s began to become consolidated.

For art in Berlin, the years of upheaval between 1989 and 1999 brought drastic changes. Not only did a new generation of artists from East and West Berlin emerge at the end of the 80s, the city also became more and more a centre of attraction for artists from other parts of Germany and abroad. In the course of reconstructing the city, numerous sites which could be used temporarily were found and then occupied by artists and artist projects. The non-institutional structures which emerged contributed considerably to the multiplication and acceleration of art production. This development took place on what was originally wasteland and in ruins and unrenovated buildings in Berlin-Mitte, or downtown Berlin. In the course of the 90s Berlin-Mitte then became a centre of attraction for a new art and gallery scene that settled in the reconstructed apartment buildings and lofts.

Various exhibitions about contemporary art in Berlin have focused on the latest developments emerging from the charged arena where art, architecture, film, fashion, design, and club meet, which the many artists who moved to Berlin in recent years helped to shape. In addition to these developments, this Institue for Foreign Cultural Relations (ifa) exhibition also takes into account the artistic positions that were being generated in the 80s, ones that prepared the ground for the extraodinarily diverse composition that is art in Berlin today. ...”