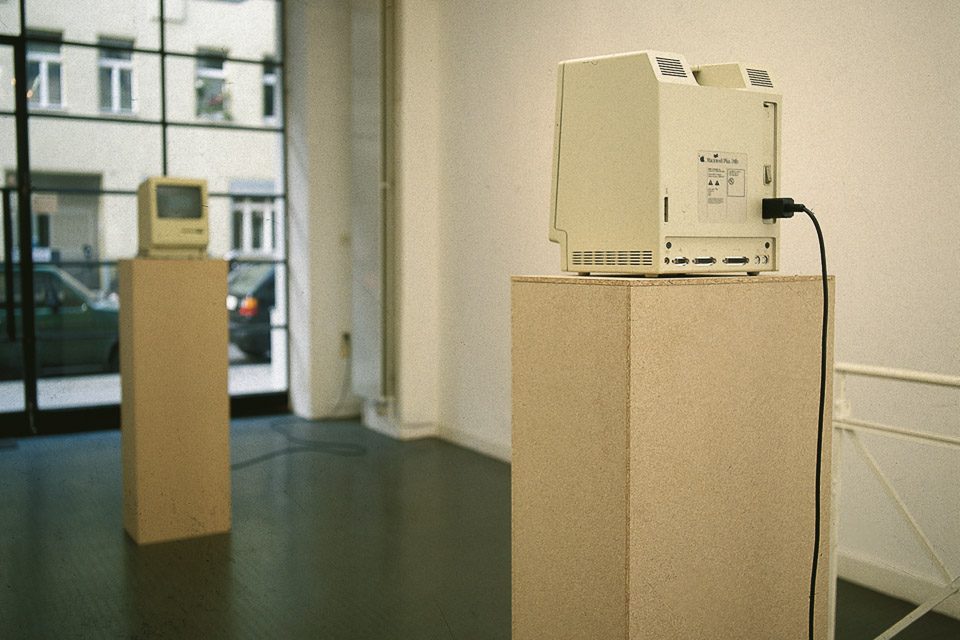 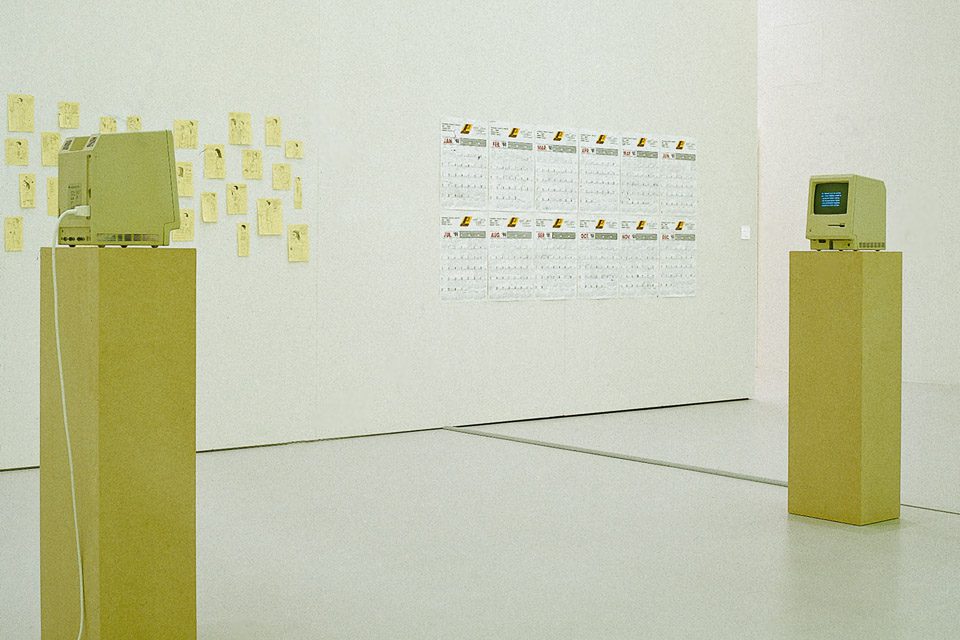 A Random Generator which produces comments on art, 1989

»I was fired because I think that art is actually quite senseless.«, »My daughter's art teacher is supposed to have said that Max Ernst has left behind masterpieces.«, »It surprises me that Sol LeWitt is good.«, »Why don't you tell your girlfriend that phallic art works are delightful?«, »It's true that Conceptual art projects aren't worth as much now as they used to be.«, »I wonder how the art market will react when it becomes known that modern paintings in general are the horror of every restorer.«, »I had to look twice when I read that van Dyck has recently been cast in a new light.« ...

Created in 1989, the first version of »Leonardo da Vinci’s Smile« could generate approx. 7 million non-related German statements on the fine arts. The second version of the random generator (1990–91) produced approx. 30 million German or English comments, each non stop. »Leonardo’s Smile« was exhibited as an installation for two computers, and it was simulataneously made available in a disk version for sentence generation at home.