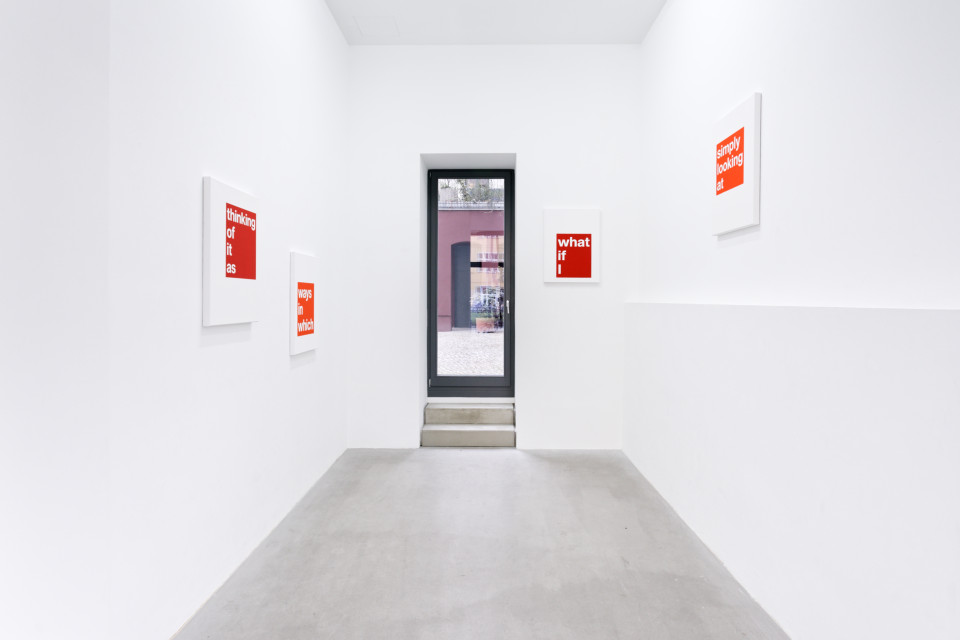 In contrast to other text-based artists, ADIB FRICKE's art is word-based. Since his first exhibition in 1986, Adib Fricke has mainly created language-based works. He founded The Word Company® in 1994 and worked artistically for 10 years with this enterprise, which sought to subversively decenter the field of visual art. For SONDERLAGE @LageEgal he shows the work SMORP, a protonym from the early days of The Word Company, which is presented together with certificates printed on original paper. Protonyms, according to Fricke, are words that are still in the stage of innocence: One does not know whether they are nouns, verbs or adjectives.

In addition, new works by the artist can be seen, also text-based and conceived especially for the exhibition series SONDERLAGE. The basic idea of “In Every Way” is that all text contents are completely fragmentary, with the aim of finding out how much information can be depicted on the image carrier, so that an effectiveness is unfolded. As a consequence, a thought process begins that can be continued.

Two editions will be available, one from the series Superwords and a work entitled Beautiful, in which the word in its quadruplicity is combined with adverbs. The Word Company, as the name suggests, specializes in words. In TWC, Fricke opposes a visualized view of language according to which "words are no more than pictures of things".

In Sonderlage 3/5, we provide a glimpse into the archive of the artistic endeavor, which ended in 2004, in interplay with Fricke's current works.